Ever asked yourself “what is the missionary position?” I remember hearing someone talking about her sex life and saying “All he knows is the missionary position” which got me thinking that maybe there are a lot of people who don’t know what this expression means. You may be surprised to learn that if you’ve ever experience the pleasure of lovemaking, it’s probably the position you’re most familiar with.

The missionary position that you often hear about, is quite simply the most common form of sexual experience that almost comes naturally – the man is on top, the woman underneath and lying on her back, both facing each other, usually kissing and caressing one another, perhaps looking into each others’ eyes, while making love. Whilst the missionary position certainly sets the scene for emotional intimacy during sex and is the most optimal for procreation, it is not the most effective one for intense sexual pleasure.

What is the Missionary Position Called THAT For?

It is sometimes reported that the term originated from Christian missionaries who believed that this was the only proper way of having sexual intercourse, but this is most likely just a myth which originated in one notable sex education publication and has been perpetuated ever since. There are other names for it – some cultures call it the “angelic position” while other more conservative cultures call it “the manner of serpents”.

The missionary position certainly allows the man to take charge during the lovemaking experience, as he can control the intensity and rhythm of thrusting. However, due to the fact that the man is actively participating in sensual downward bodily movement while gazing upon his partner, it is also where he is most likely to orgasm more quickly. If he wants to “last longer” the man should try changing places with the woman so that she is on top and doing most of the work.

What is the Missionary Position Good For?

The woman, lying on her back, can either spread her legs flat, or raise them toward her chest. The higher she raises them, the deeper it allows penetration by the man – but it also reduces her ability to contribute toward the rhythm of the movement. The other negative effect of raised legs is, that it changes the angle of penetration and consequently, lowers the level of clitoral stimulation from the man’s penis. If the woman’s legs are positioned straight and between the man’s legs, it tightens her vaginal cavity and, depending on how physically compatible they are, will either make thrusting more difficult, or in some cases, more pleasurable, for the man.

If the woman places a pillow under her buttocks it will lift her pelvic area and alter the angle of penetration in a way which can increase the likelihood of the man’s penis rubbing against that wonderful and exhilarating place – her G-spot.

The missionary position is definitely the most romantic of all sex positions, since the couple face each other and can maintain eye contact. It’s also the ideal for sliding into cuddling when it’s over. However, from the woman’s perspective, it can also feel like one of submission to the man, since he is on top and in charge. Many women are happy with this, as they perceive sexual intimacy as an emotionally surrendering experience and they enjoy that sensation of being overpowered – even moreso by someone they love and trust. 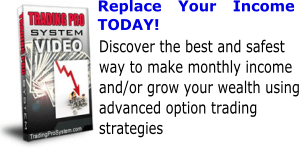